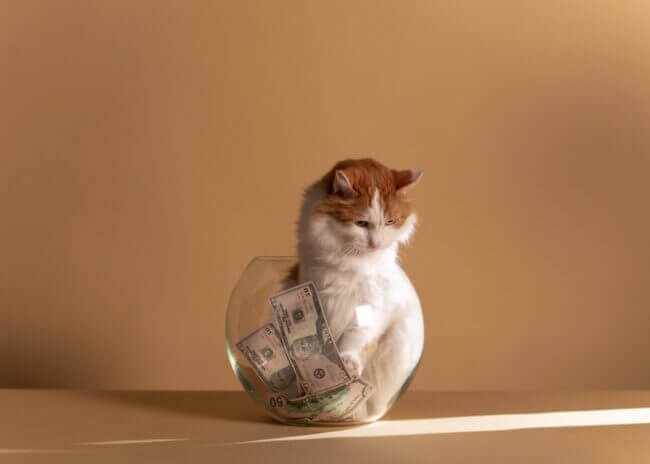 But to get the judge to order the other party to pay your attorney’s fees, you must first qualify for them.

When will a Court order an award of attorney’s fees?

The Arizona legislature has allowed the Court to award attorney’s fees in a family court proceeding in the following instances:

Where a party takes an unreasonable position and/or there is a disparity of financial resources between the parties.

Most prominently and commonly, a party may seek attorney’s fees under A.R.S. § 25-324(A). This requires the party seeking fees to show either a disparity of financial resources or that the party took unreasonable positions in the proceedings. This provision accounts for the vast majority of attorney’s fees awards in family court. We estimate it is the basis for approximately 90% of the attorney’s fees that are awarded in family law cases.

Litigants who hire an attorney expecting that the other party will be ordered to pay their attorney’s fees should be cautious in doing so. The text of A.R.S. § 25-324(A) asks judges to award fees “from time to time,” suggesting the legislature wants such awards to be granted sparingly.

Be aware that there is no prevailing party legal standard here. This provision can apply even where the unreasonable party prevails. For example, in Greenbank v. Vanzant, 250 Ariz. 644 (App. 2021), a case involving a mother and a grandmother, the mother successfully dismissed a prior court order regarding visitation because Arizona had lost the jurisdiction it once had gone to another court. But because the Mother had repeatedly violated the order before the jurisdiction changed, the Arizona Court of Appeals still ordered her to pay attorney’s fees. See also Quijada v. Quijada, 246 Ariz. 217, 222, ¶ 15 (explaining that the award of attorney’s fees under A.R.S. § 25-324 does not “turn upon a party’s success or failure”) meaning that the outcome will not be given weight in determining if fees should be awarded.

Where a party files a petition in bad faith.

But A.R.S. § 25-324 has another provision. Under A.R.S. § 25-324(B), when the Court finds that a party filed a petition that was “not filed in good faith,” “not grounded in fact or based on law,” or “filed for an improper purpose,” the Court must award attorney’s fees. For example, in Tanner v. Marwil, 250 Ariz. 43 (App. 2020), the Husband filed for divorce in Arizona, even though he knew that neither he nor his Wife were living in Arizona; thus, his petition falsely stated they were domiciled in Arizona. In that case, the Court of Appeals held that the trial court must award attorney’s fees in that situation because Wife had to engage in the Arizona court system solely because of Husband’s bad faith filing.

Where a party violates a parenting time or visitation order.

Under A.R.S. § 25-414(C), in an action to enforce a parenting time or visitation order, “the court in its discretion may award court costs and attorney fees to the custodial parent.” Again, it is not required. The Court “may” order them, but when one has to go to Court to enforce parenting time, the chances of getting fees increases.

Another Arizona statute requires the Court to award attorney’s fees if it finds “the parent has unreasonably denied, restricted, or interfered with court-ordered parenting time.” See A.R.S. § 25-408(J). This provision, however, is found in the relocation statute and likely is limited to situations where a parent interferes with the other parent’s time via a relocation.

Where a party has committed litigation misconduct.

A.R.S. § 25-415(A) specifically defines litigation misconduct and limits it to situations where a party knowing lied in a petition, knowingly falsely accused the other party of making a false claim or violated a discovery or disclosure order.

Where a party has prevailed on a modification or termination of child support petition.

Family law’s only prevailing party standard is reserved for child support modifications and terminations. See A.R.S. § 25-503(E). Even then, the legislature has only authorized that the court “may” award fees to the prevailing party.

Of course, this raises the question of who “prevails” in a child support case. In Clark v. Clark, 239 Ariz. 281 (App. 2015), the father filed for and successfully received a downward modification of his child support, but the mother’s counterpetition for $20,000 in child support arrears was also granted, and the trial court awarded her attorney’s fees. Father appealed arguing he should have been awarded attorney’s fees as the prevailing party. The Court of Appeals responded that there was no clearcut winner. And, even if Father had won, nothing prevents the Court from awarding fees to the non-prevailing party if the Court is so authorized by another statute.

Where a payor of support does not comply with Court orders.

A few statutes deal with ways in which a person assigned to pay child support or spousal maintenance might be held responsible for paying the other party’s attorney’s fees for violating certain orders. These include the following:

Where a party had to come to Arizona to enforce an out-of-state Parenting Plan. Most commonly, this involves a situation of parental kidnapping where a parent has illegally removed a child from another state or jurisdiction to Arizona. In our experience, police in Arizona usually require a court order from an Arizona court directing them to remove the child before they will act. This can be time-consuming and costly. A.R.S. § 25-1062 requires the prevailing party in these cases be awarded their attorney’s fees unless the other party can prove that such an award is inappropriate. If the state must get involved, the responding party may have to pick up their attorney’s fees as well under A.R.S. § 25-1067.

Where a party in a custody case has insufficient resources and needs attorney’s fees to hire an attorney for litigation. Authorized by A.R.S. § 25-403.08, this request must be made in time to allow for adequate preparation, and the party requesting must show a disparity in income. This provision does not apply to a final award of attorney’s fees.

Where a party’s misconduct invokes Arizona’s jurisdiction in a child custody proceeding. Generally, this involves a parent who, in violation of another jurisdiction’s laws or Parenting Plan, brings a child to Arizona and then tries to assert Arizona has jurisdiction. In that instance, the Arizona court can decline jurisdiction on the basis of misconduct and assess fees under A.R.S. § 25-1038(C).

Failure to comply with the Rules of Procedure. When a party fails to comply with discovery requests or fails to participate in the Court process, they can be assessed with attorney’s fees. See ARFLP Rules 65 and 76.2. Therefore, hiring a knowledgeable attorney is important so that you do not put yourself at risk to pay. In the same light, if you are unrepresented and do not comply with the Rules of Procedure, you can still be assessed attorney’s fees. The judge will not forgive you for misunderstanding the law, you are held to the same standard as an attorney.