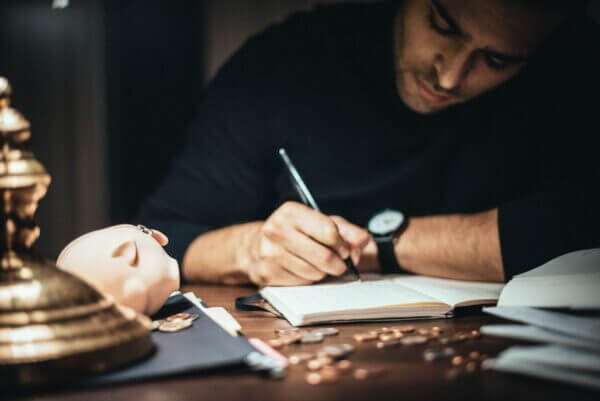 When a married couple separates, naturally, they are flooded with questions about what happens next. One of the more immediate questions is, who pays the bills? After all, being separated does not make the bills stop. In many cases, these bills are associated with community assets such as a home or a car. They need to be paid or you risk losing the asset. Often, one spouse steps in to pay the bills, and one of the first questions they ask their attorney is, Can I be reimbursed for these expenses? The simple answer is, yes. But whether you will be legally awarded reimbursement, is a more complex issue.

What community bills can a spouse get reimbursement for?

The more precise answer involves some legal jargon: “A spouse may seek reimbursement for any community obligation paid for with that spouse’s separate funds.” To better understand what that means, some important terms are defined below.

Reimbursement Only for Community Payments made with Separate Funds.

What is a Bobrow claim?

A Bobrow claim is when a spouse requests the Court order the other spouse to reimburse them for the money, they spent on community bills while the divorce was pending. It is the term you’ll hear lawyers and judges use for a reimbursement claim. The name comes from the case Bobrow v. Bobrow, 241 Ariz. 763 (App. 2017).

While this divorce was pending, Husband paid Wife’s vehicle loan and the mortgage on the marital residence. He requested reimbursement at trial. The trial court classified his payments as “gifts” and denied his reimbursement claim. He appealed.

In Bobrow, the Court clarified that presumption does not apply once a Petition for Dissolution has been filed and served. Because of that presumption, a new legal analysis applies when reimbursement for expenses are paid after the date of service: Namely, the non-paying spouse must prove, by clear and convincing evidence, that the paying spouse intended to make a gift.

What do I need to make a case for a Bobrow claim for reimbursement?

What’s the best way to show the money came from my separate account?

After the date of service, open a checking account and/or credit card in your name alone and pay the community bills from that.

Should a Bobrow claim go before the judge?

Ideally, no. This is the kind of thing that parties should work out among themselves. Because of all the paperwork involved, a Bobrow claim can itself be expensive and time-consuming to pursue if it goes to trial.

That said, we recognize that you don’t always have a reasonable party on the other side, and that may require you to litigate your Bobrow claim. Especially is the reimbursement you seek is a high dollar amount. Make no mistake, these claims are not helpful for petty bickering.

We separated a year before we filed for divorce. My spouse lived in the marital residence, and I paid the mortgage. Can I seek reimbursement for the payments I made between the date of separation and the date of service?

Most likely not. The only way this may be possible is if you show you paid these bills with sole and separate funds. In most cases, people are paying these bills with money they earned simultaneous to the bills being accrued. Unless there’s a prenup in place, that means they are using community funds to pay the bills. Where community funds are used to pay the bills, a Bobrow claim cannot be pursued.

I have been living in the marital residence by myself since we filed for divorce. I have been paying the mortgage. Can I seek reimbursement?

Yes, you can. The use of an asset does not disqualify you from seeking reimbursement for payments you made on the marital residence while the divorce was pending.

My spouse has been living in the marital residence by himself since we filed for divorce. He has been paying the mortgage and is now seeking reimbursement for the payments. Do I have any defense against this?

Yes, but only if you can prove “ouster.” Ouster means that your spouse kicked you out of the house. See Ferrill v. Ferrill, — P.3d – (Ariz. App. 2022).  This most obviously includes situations where one spouse removes the other spouse from the home by seeking a court order, whether it’s an Order of Protection or a temporary order regarding exclusive use of the marital residence. But other circumstances may also qualify for ouster. If ouster is shown, the judge must then then determine the fair market rental value of the home and reduce your spouse’s reimbursement request accordingly.