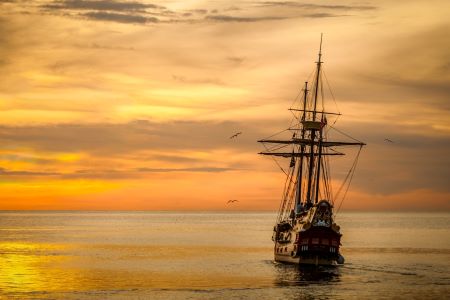 Hearsay in the Depp v. Heard Trial and How Hearsay is Different in Arizona Family Law Trials

For the past few weeks, leading up to this week’s verdict, the media closely covered the controversial Depp v. Heard trial. Those who followed along and specifically, watched the parties be cross-examined, likely heard (no pun intended) either Depp’s legal team or Heard’s legal team object to a question on the basis of hearsay. In fact, the objection was so common, it appears Depp began anticipating it and at one point, after answering a question, stated, “that’s hearsay, I guess” Heard’s legal team (and those watching) will always remember that as the day they cross-examined Captain Jack Sparrow.

The “lesson” on hearsay from Captain Jack Sparrow was an unexpected component of the Depp v. Heard trial but it highlighted a legal issue that is often misunderstood. What is hearsay? Why is it inadmissible? How hearsay is treated differently in civil trials, like the Depp v. Heard trial, compared to family law trials?

Hearsay is an “out-of-court statement offered to prove the truth of whatever it asserts” (helpful, right?). Hearsay is better demonstrated by example:

Issue: Who robbed the bank?

Charlie’s testimony, if objected to, is likely inadmissible (not allowed). Why? Because Adam’s legal team does not have the opportunity to cross-examine Bob – how can they question whether Bob saw Adam rob the bank, where he was standing, whether he was wearing his glasses, whether he knows Adam or has a grudge against Adam, etc. Adam’s legal team only has the opportunity to cross-examine Charlie – whose testimony is based on what Bob saw/said. In other words, Charlie’s testimony is unreliable and Adam’s legal team is unable to properly defend Adam. Instead, Bob needs to testify. That said, there are several exceptions, which outline when hearsay is admissible [Rule 803 of the Rules of Evidence].

Why? Because the Rules of Evidence, including the rule regarding hearsay, do not automatically apply to family law.

In general, compared to civil law, the rules as well as what evidence/testimony can be considered are far more relaxed in family law for a few reasons.

Invoking the Rules of Evidence in Family Law

In specific instances, a party may want the Rules of Evidence, including the rule regarding hearsay, to apply to their family law trial. To accomplish this, that party has to file a Notice of Strict Compliance with the Court and specifically ask to invoke the Rules of Evidence [see Rule 2, Arizona Rules of Family Law Procedure].

Check out our Glossary to Learn More

*This post is only intended to educate readers about hearsay objections (or the lack thereof) in Arizona family law trials. It makes no commentary on the serious subject matter that was addressed during the trial. It in no way supports the allegations or actions of either party in the Depp v. Heard trial, nor does it comment on the jury’s ultimate verdict.