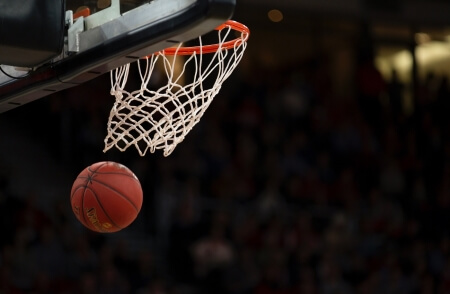 Nash v Nash and the Upward Deviation of Child Support

Upward deviation of child support is named after the Phoenix Suns’ former two-time NBA MVP, Steve Nash. His divorce set a child support precedent for individuals making over $30,000 per month. In Arizona, child support is determined by a standard calculation. That calculation combines the incomes from both parents and determines that at that combined income level, parents typically spend X amount on their children each month.

But those numbers are presumptive and not conclusive. And they are limited, especially when talking about parties with great wealth. This is because the top line of the table is for parents who make a combined income of $30,000.00.

But many people, including athletes make much more than that per month. When these high earners owe child support, the other party may seek what’s called an “upward deviation.” The leading case for this involved the divorce case for Phoenix Suns point guard Steve Nash and his wife. The issue here is child support—specifically, when child support may exceed the presumptive child support amount listed in the Child Support Guidelines.

At the time Nash v. Nash was decided, the Child Support Table showed that when parents had a combined monthly income of $20,000.00 or more, the highest bracket in the Table at that time (the highest bracket is now $30,000.00 in combined income). At the time of their divorce the presumptive child support obligation in this highest bracket for three children was $2,795.00. Father was making nearly $11 million per year in the NBA.

Mother asked the Court for an upward deviation – an amount greater than what is listed in the Child Support Table.

Burden of proof for an upward deviation is on the party seeking it, but they do not need to prove every penny of their request.

At trial, Mother’s expert testified that, based on the family’s historical expenditures, Mother was entitled to receive $22,500.00 in monthly child support. The trial court not only disagreed, it ruled that because Mother proved she was not entitled to $22,500.00 in monthly child support, she was not entitled to any upward deviation. In other words, the Court framed it as you either get the deviation you are asking for or none at all.

Then, bizarrely, the trial court did not order Father to pay any child support at all. You read that right: The judge ordered Steve Nash did not owe any child support for his three children. He was making over $11 million annually at the time of the trial.

Instead, the trial court ordered Father to pay for the children’s tuition, healthcare, and childcare (the total of which exceeded the presumptive child support obligation.

Takeaway: The party seeking deviation need not prove every penny in their amount sought nor is the penalty for failing to do so an outright denial of an upward deviation. Mother had to only prove that some upward deviation was in the children’s best interests.

The needs of the children are assessed in light of their parents’ resources.

The value of the Nash case is found in the section where the Court of Appeals considers the children’s needs. One of the reasons the trial court rejected an upward deviation because it found the presumptive child support amount was more than enough to cover the children’s “basic needs.”

The Court of Appeals responded, “That is the wrong analysis.” The Court found that when considering an upward deviation, a trial court errs if it only considers the children’s basic needs. Id. at ¶ 23. Rather, the Court must determine “the reasonable needs of the children in light of the parents’ resources.” Id. When dealing with parents of considerable wealth, the Court must considered the benefits the children had while the parents were together. Id. In other words, courts are asked to consider an upward deviation, whenever possible, to provide the children the lifestyle they enjoyed when the parents were together. The lifestyle does not necessarily need to be replicated dollar-for-dollar, but the Court should award an upward deviation in accordance with the child’s best interests that allows the child to share in the parent’s good fortune. Id. at ¶ 27.

For example, both parents in Nash wanted their children to travel extensively and be exposed to different cultures as well as visit maternal relatives in South America and Australia. Regarding this, the Court of Appeals observed:

Expenses associated with international travel and households such as those of these parties usually are not relevant to the child-support needs of children in less affluent        households. But in deciding child support after the dissolution of marriages such as this one, involving significant wealth, the superior court must consider the expense of allowing children who have enjoyed such benefits to continue to receive them after the dissolution. Id. at ¶ 25.

Takeaway: Reasonableness of child’s needs is viewed in context of parent’s resources. Where children are accustomed to affluence benefits during marriage, a child support court should consider their ability to receive them after divorce. In such situations, the court must look beyond the “basic necessities of survival” because children are entitled to share reasonably in their parents’ economic good fortune.

Court must engage in this analysis even if recipient parent can afford to provide the lifestyle without child support.

Additionally, the Court of Appeals noted that the trial court cannot avoid the analysis by simply finding that Mother, on her own, can provide the children the lifestyle they enjoyed during marriage. Rather, it is how much should each contribute to providing that lifestyle. That is especially true here where “Father’s income and wealth may significantly exceed Mother’s.” Id. at ¶ 28.

Takeaway: A parent is not disqualified from seeking an upward deviation simply because they can provide the children with a lavish lifestyle.

The Court of Appeals overturned the trial court and remanded the matter to the trial court to give “due consideration to Mother’s request for an upward deviation in child support.” The issue is not whether Mother could meet their needs on her own, but rather

Lessons from Other States.

One of the more valuable parts of the Court’s analysis is when it looked to how other states have handled the issues. In quick succession, the Court cited to the rulings of five other state courts on this issue. The lessons the Court of Appeals gleaned from those state courts is instructive: