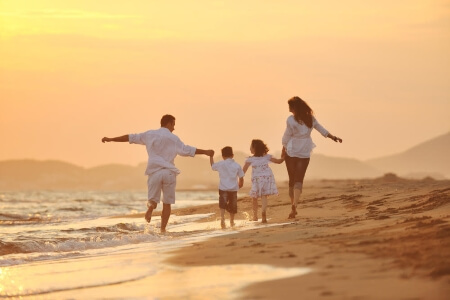 There is a presumption of equal parenting time in Arizona. That means that the default/standard under Arizona law is that both parents should have equal time with their children. Recently, the Court of Appeals clarified what a “presumption” of equal parenting time means. The Court of Appeals April 5, 2022, Smith v Smith decision, adopted the principles discussed in Dineyazhe and in this article. (Dineyazhe v. Onco-Ingyadet, No. 1 CA-CV 21-0122, 2021 WL 6055938 (App. 2021)), an unpublished case, set the foundation for the Smith v Smith decision and is illuminating as to how presumptions work. Smith is a published decision, and, therefore, precedent-setting. That means the principles discussed in this article have been adopted by the Arizona Court of Appeals as the law of the State of Arizona.

First, a quick overview of the law. In 2012, Arizona’s Legislature overhauled the custody statutes. Among the changes they made was one to implement a public policy that, “absent evidence to the contrary, it is in the child’s best interest … [t]o have substantial, frequent, meaningful, and continuing parenting time with both parents.” A.R.S. § 25-103(B)(1).

Subsequently, two cases emerged that have impacted how these laws are viewed. The first was Woyton v. Ward, which declared, “equal parenting time is presumed to be in a child’s best interest.” Woyton v. Ward, 247 Ariz. 529, 531 ¶ 6 (App. 2019). The Woyton decision did not explore this topic in much detail.

The following year, the Woyton presumption was affirmed in Gonzalez-Gunter, 249 Ariz. 489, 492 ¶ 11 (App. 2020), but that case also clarified that the Court need not order equal parenting when it is not in the children’s best interests, and that this applies even when both parents are deemed “fit.” Ultimately, Gonzalez-Gunter advanced the idea that equal parenting time is not mandatory.

Since then, we’ve seen some confusion regarding how the Woyton presumption applies—and even what it it is. That’s where Dineyazhe is useful.

What’s the Difference between a “Starting Point” and “a Burden of Proof?”

This obstacle is significant enough, but one of the issues with Woyton is that people have misread the word “presumed” to mean “rebuttable presumption”—an even higher standard than a normal burden of proof. A rebuttable presumption means that if the person fighting it cannot disprove the presumption, then they automatically lose.

The problem with viewing Woyton as either imposing a burden of proof or rebuttable presumption is that it shifts the legal standard away from the one the Legislature actually did impose—best interests of the child. Burdens of proof and rebuttable presumptions automatically put one parent at an advantage before best interests of the child are even considered.

The Best Interests of the Child